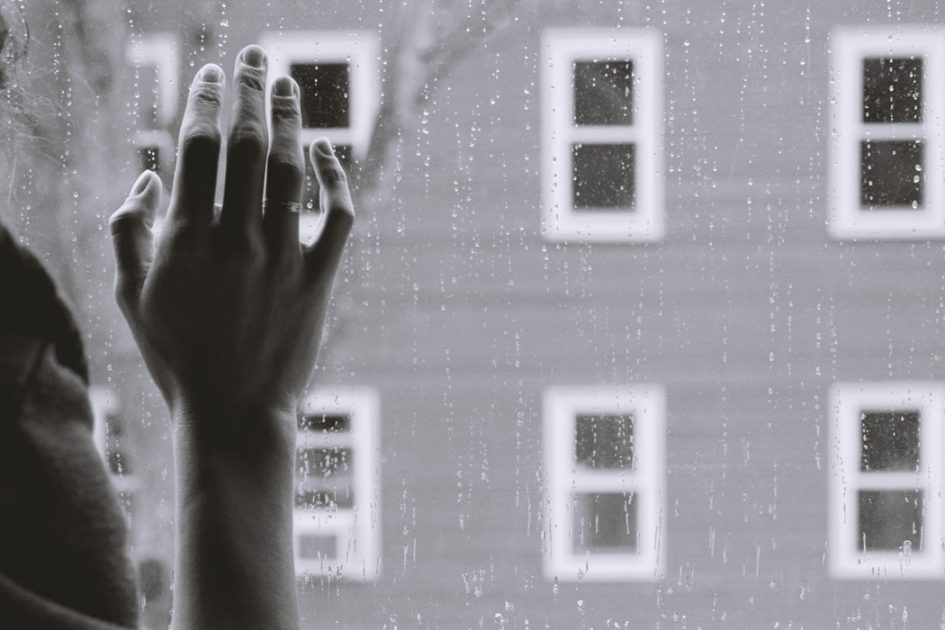 “Pastor Doug, I’m alone right now and I’m afraid of what I’m about to do next.” I’ve been trained to discern the three-step theory going from ideation to action. Regardless, those words are enough to send shivers down anyone’s spine.

This post is part two of a response to Pastor Andrew Stoeklein’s suicide in August (Read part 1 here). As we’re nearing the end of Mental Health Awareness Week here in Canada, this topic of mental health and suicide has never been more relevant. 500,000 Canadians miss work weekly due to mental health related concerns.[1] 41% percent of Canadians are marked as “high risk” for mental illness due to levels of stress and feelings of hopelessness and depression. In 2015, there were 3269 men and 1136 women who died from suicide in Canada.[2] Unlike the phone call I received, many are thinking of or have followed through without telling anyone or showing any warnings.

Mental illness is no laughing matter. I’ve had my fair share of calls, visits to the emergency room and psych ward, talks with parents and counselors, as well as sitting in the funeral of those who lost their lives to suicide. Yet I hear people poking fun at it. Not directly, but in subtle ways that contribute to the stigma around mental illness. Some make comments of how “it’s just in their heads”. Others would say “just suck it up”, “deal with it” or “we all have stress”. We loosely say “we’re depressed” when we really don’t mean it. Or we joke about how someone is bipolar when they express emotion, “crazy” or “OCD” about the cleanliness of their house. Unless you’ve experienced anxiety and depression, you won’t understand the dark cloud and fog that goes over your mind. There are real people suffering with real illnesses. If we are to see a change and be part of the solution, we can no longer disregard or negatively stereotype those who are suffering. Let’s be part of the solution and not add to the stigma.

If you’ve experienced loss in your family, then this week has been trying and means even more to you. I’m sorry for what happened. No words can make you feel better. Things will never be the same. You will always miss them. But hopefully with time it’ll sting less. Perhaps you won’t always feel the way you do today.

If you’re reading this and are currently experiencing anxiety and depression, please get help. Remaining silent is not good and suicide is not the better way. Reach out to a trusted friend or family member, but also talk to a trained professional. As a pastor, I’ve learned the best thing I can do is to not pretend to be a professional counselor/psychologist/psychiatrist/social worker, but to refer people to those who are. There is nothing wrong with getting help and it doesn’t mean you’re weaker or inferior. It doesn’t mean you’re worthless or that you’re a burden. This is true whether you’re a CEO or an Average Joe.

Suicide is a tough and sensitive topic. I want to be cautious and tread lightly. My hope is to address the specific questions I’ve received yet not to promote suicide as the answer because it is never the answer. It’s not worth it to risk your eternal destiny on one act.

So, is suicide a sin? Do Christians who commit suicide go to heaven? Does your last act as a Christian condemn you and determine what happens next?

This helps us understand why murder is a sin. Firstly, murder is not only a sin because God said so (Exod. 20:13), but because man was never created with the intention to murder each other. God didn’t create Adam and Eve in the beginning and hoped to turn the Garden of Eden into the Colosseum. Mankind is meant to live in joy and gladness, not to relate to each other as gladiators to be conquered. Secondly, only God can give life and bring death (1 Sam. 2:6). To be in control of life and death is to be God, which violates the First Commandment (Exod. 20:3). Thirdly, our bodies aren’t our own and bought at a price (1 Cor. 6:19-20). Fourthly, God doesn’t merely define murder as “killing” or the “ending of a life”. There seems to be a difference between killing for good and killing out of hate. Take 1 John 3:15 for example, “15 Anyone who hates a brother or sister is a murderer, and you know that no murderer has eternal life residing in him.” It seems, then, that murder is connected with deep seeded thoughts of hate.  If you’re like me after reading that verse, your jaw just dropped. Does that mean murderers can’t be Christians? Now before we freak out too much, the context of the passage suggests that eternal life and murder do not mix. Not only is John connecting the seriousness of hate with murder, he’s also saying no one should be a professing Christian and go around murdering people.

So is suicide the murder of oneself? Yes. Whether it’s hating your situation, hating your life, or hating the people around you, suicide exists because of an underlying hatred of something. It’s complex to derive what drives this hate, but nonetheless this hate exists. After all, no one commits suicide thinking everything is okay. To understand murder and suicide in relation to hate is significant. This has deep implications regarding how we view other topics such as euthanasia and abortion as well. Since murder of oneself is a sin, this means it’s not something anyone of us should actively pursue. Murder generally and murder of ourselves specifically is not what God desires for us.

Now we come to the crux of our discussion: Do Christians who commit suicide go to heaven? Is suicide an unforgivable sin?

From what I have read, there are three different arguments:

The first one cannot be true and here’s why. If murder is sin, and all sin is sin, then to say that true Christians never commit suicide would mean that true Christians never sin. The classic passage found in Romans 3:23 comes to mind, “for all have sinned and fall short of the glory of God…” There isn’t a single person apart from Jesus who is perfect and sinless. So, could a Christian in a moment be so clouded, depressed and troubled that their last act leads to death? Yes, I believe so. Christians are just humans, and all humans stumble.

What about two and three? Another way of asking “whether someone can lose their salvation” is really “is the last act enough to surpass the atoning work of Christ?” I don’t think so either. That would go against the whole Gospel of mercy and grace.

Let’s talk hypothetically. If in my anger I yell at the McDonald’s cashier at the drive thru (my first job was with McDonald’s), then get into a fatal car accident in the next intersection, what happens to me? I could argue a “true” Christian would never yell at anyone or lose their temper. But that’s not realistic nor is it biblical. Sin is sin. It’s either true all the time or none of the time. There are also many other instances where there may be sudden death without the opportunity to repent.

“For I am sure that neither death nor life, nor angels nor rulers, nor things present nor things to come, nor powers, nor height nor depth, nor anything else in all creation, will be able to separate us from the love of God in Christ Jesus our Lord.”

For those who love Jesus, nothing can separate us from God’s love. Not even death. Why? Our lives are no longer defined by one moment of sin if we have Christ in us. Does that mean we don’t need to repent or that we can keep on sinning? Of course not. To understand this complex topic properly, we first need to understand how our repentance is not what saves us. It’s not even our belief in Jesus because even the demons believe and they shudder. (Js. 2:19) At the end of the day, when we come face to face with God, it comes down to whether we really know Christ. (Matt. 7:23) That’s why instead of worrying what might happen after, we ought to focus on right now and whether we have union with Christ.

Doug lives in Vancouver, BC, Canada with his wife, Jessica, and three kids, Cohen, Ryen and Hudsen. Attending Lord's Love Church since 2002, he was later called into ministry and started full time in 2014. He currently serves as the English Ministry Pastor at LLC, has a passion for people to encounter Jesus and currently pursuing a D.Min in Leadership at Tyndale Seminary in Toronto, Canada. What else does he enjoy? Coffee, running, snowboarding and all things geography.

Theme by Anders Noren — Up ↑