A Response to Humboldt Broncos Tragedy 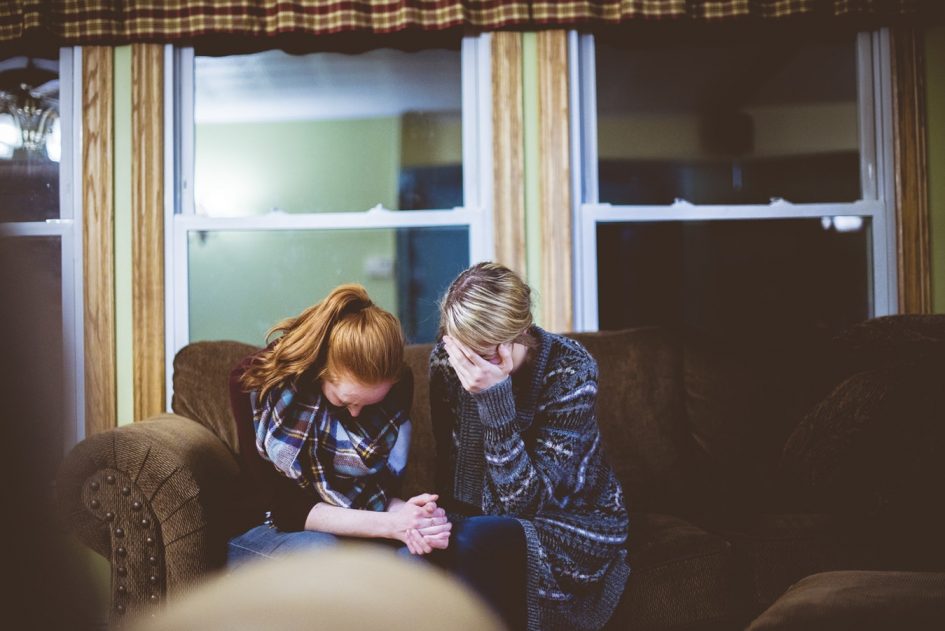 Before I continue, I need to write a disclaimer. I do not mean to be disrespectful. Knowing this is a sensitive topic, some will be offended and take what I am saying in a way I do not mean to intend. For this I apologize in advance for the misunderstanding but I hope you will hear me out. My convictions and conscience are clear, and I must write what I am about to write. This is coming from a heart of love and care, not to offend but to expand our understanding of what suffering looks like in the world. This is by no means to belittle or to take away from the tremendous loss and mourning experienced by all parties. This is a response from someone that cares too much, if that is possible. When I first heard the news, my heart broke for those who are lost and the families that are affected. I cannot imagine the pain the families are going through. I cannot imagine having the hopes and futures of your child crushed before your eyes. I cannot imagine how I would be if we ever lost our son. From this tragedy, however, there is much for us humans to learn, especially in our capacity to love.

On Friday, April 6, there was a deadly accident involving a bus and a semi-truck, killing 16 people onboard the Humboldt Broncos team bus. The bus was loaded with talent, carrying young men with promising careers and lives ahead of them – in or out of hockey. In a brief moment, lives for 16 of them, coaches, trainers and players, were cut short because of an act of recklessness – a semi running a stop sign.

This shocked the Humboldt community. This shocked Saskatchewan. This shocked all of Canada. This shocked the entire hockey community. This shocked anyone who has ever played organized sports and travelled on a coach bus to games and tournaments. This shocked every parent. Even countries overseas and around the world are responding to this news. Though I did not know where Humboldt is, nor follow the junior hockey team there, this shocked me. I asked myself, “Why?” What relationship do I have with this team and the families? None – except for the fact we belong to the same human race. As humans we can relate. We understand pain, grief and loss. Tragedies such as these transcends borders, ethnicities, politics and geography. How come? Though there is no way we can ever know the exact pain these families are experiencing, we all understand what it means to be human.

The world agrees and the support is staggering. To date, CAD$8.2 million dollars and counting from 65 countries have been raised in less than a week according to the GoFundMe Humboldt website. This is among the top 5 highest-ever GoFundMe campaigns. The Humboldt campaign is up there with the largest at USD$21.5 million was raised for Time’s Up Legal Defence Fund, which supports victims of sexual harassment. Second largest campaign at USD$11.8 million goes to supporting the 58 victims of the Las Vegas shooting. Third is the night club shooting in Orlando, Florida, with $7.8 million. Fourth, which Humboldt is about to pass, at USD$6.7 million is the recent shooting at a Parkland High School, killing 17 people, with most of them being teenagers. Hearing how the financial support has come pouring shows we are stronger together and how there is hope for humanity.[1]

To further show support, on Thursday, April 12, a group of hockey parents from Langley, BC, unrelated to any of affected hockey players, started a jersey day in support and remembrance of the families affected. In a CTV report, “A group of hockey parents from Langley, B.C. started the #JerseysforHumboldt plan over the weekend to show the victims’ families that they are thinking of them.”[2] The fact that this initiative is coming from families unrelated to each other demonstrates how there is more connecting us humans than dividing. This also shows though we feel helpless, we are willing and wanting to do anything to help and support.

In tragedies such as these, I have learned the better question to ask God is not “why” but “what”. Instead of asking “Why is there such an intersection on the highway?” or “Why would an accident like this happen during the day?” or “Why did it happen to them and not me when I was on a bus going to games?” A better question is “What are you trying to tell us, God? What can we learn from this?” It is when we ask the latter question, we are able to give meaning and understanding to death and loss. What I believe God is telling us is three-fold. Firstly, pain and suffering exists everywhere. Secondly, we need to show love and support to those who are suffering around us. Thirdly, that for much of us in the West, Christians and non-Christians, pain and suffering is far too much of an idea and not a reality. In moments like these, we are jarred back into the reality of the world we live in. It takes terrible tragedies like this to shake us into the realities of death, pain and loss. It is when something like this happens that we hold our kids a bit closer, and give our friends and family a call. As C.S. Lewis said in The Problem of Pain, “We can ignore even pleasure. But pain insists upon being attended to. God whispers to us in our pleasures, speaks in our conscience, but shouts in our pains: it is his megaphone to rouse a deaf world… Pain is unmasked, unmistakable evil; every man knows that something is wrong when he is being hurt.”

The campaign numbers as well as the jersey and hockey stick outside the door initiatives reveal a few things about us. Firstly, I am encouraged that we are hungry to give.  I am proud to be part of a country that is generous. This is a good thing that we are responding the way we are responding. Secondly and tying into the first, there is so much support because us humans relate to one another more than we realize. I cannot imagine witnessing the bus my son (or anyone else’s kid) is on being demolished by a semi-truck right in front of my eyes. I cannot imagine the horror. I do not know the pain. But the support given displays how we have the ability to relate and sympathize – and we must continue to live like so.

There is a challenge for us humans in times like this. There is a cry for us humans to continue to rally together to make a difference to those around us. Will we stay awake and alert to the realities of this world? Or will be go back into the comfortable slumber so many of us are accustomed to? This comes as I realize how oblivious I have been to the needs of this world and the many who are suffering every day. Death, pain and loss may be foreign to us, but it is all too familiar in other parts of the world.

I am thinking of the families of the 1700 in Eastern Ghouta, Syria who died from a chemical attack in February.[3] I read of how 1 million people are killed by water, sanitation and hygiene-relate diseases ever year. [4] Or how every two minutes there’s a child under 5 who dies due to diarrhea caused by dirty water.[5] What about the 1,156 illicit drug overdose deaths with fentanyl detected in 2017 in British Columbia?[6] Or the 8,746 people who died in 2016 in car related accidents in the Lower Mainland alone?[7] What about the 1,067 babies in Canada in 2015 both in and outside the womb who died prematurely?[8] Or how a child dies from malnutrition every 10 seconds?[9] What about the 27 children who were killed three days ago in Nurpur, India, as their school bus skidded off a mountain and plunged into a valley?[10] This doesn’t include all the other tragedies and ways people die – but I think you get the point.

The question is who will love them and their families? Who will speak out for them? Who will support and raise campaigns for them? What makes these victims any different than you and I? The point is not to be stunned and overwhelmed but to move us into love and action.

I hear what you are thinking. “That’s different.” “They’re not all teenagers.” “They don’t have the same future as these hockey players did.” “That’s in the Middle East, Africa, Asia, South America – you know, poorer and less privileged places, we shouldn’t feel guilty for being born in the West.” “These people and problems are so distant and the scale is so big, what can I do about it?” But as Christians and people of privilege, we know that all are made in the image of God and all humans have worth. We are all tied together and made with the same fabric – humanity. I am not saying we can care and tend to every issue – but we can consistently care and speak up for at least one. We are called to change the world one person at a time. Leave for a moment the worries of the world. Let’s make this personal, relatable. How are you going to care for your neighbour who just lost his wife or her husband? What about that friend or family member whose kid died in a car accident? What about that homeless man or woman you walk by every day on your way to work? How are you going to love and cherish your family and friends every day, not only in light of a tragedy? How are you going to relate and show love to the next person you meet who is suffering?

But there is One who can speak up for all. Every life is worth fighting for and Jesus demonstrated this for us. That is why Jesus wore a “jersey” – that of a Cross. For all of humanity to bring healing, restoration, hope, joy, and peace. He did this so that though we die, we may have eternal life. Though we suffer, we know what awaits us. Though we may live in this broken world, we have hope like no other because we worship a God that is like no other.

We can find comfort since in John 16:33 Jesus said, “I have told you these things, so that in me you may have peace. In this world you will have trouble. But take heart! I have overcome the world.”

So, let us wear our jerseys. I am wearing a jersey. Let’s post pictures in support. Put out your hockey sticks. Let’s remember the 16 who died. The families and players who survived. But do not let this flame die by also remembering the millions around the world who are also suffering every day.

As we wear them today, let us continue to live out the love and support to all of humanity that this Humboldt tragedy shows we are capable of.

[1] (Data and numbers from http://www.cbc.ca/news/canada/saskatoon/humboldt-broncos-gofundme-biggest-1.4612322)

Doug lives in Vancouver, BC, Canada with his wife, Jessica, and three kids, Cohen, Ryen and Hudsen. Attending Lord's Love Church since 2002, he was later called into ministry and started full time in 2014. He currently serves as the English Ministry Pastor at LLC, has a passion for people to encounter Jesus and currently pursuing a D.Min in Leadership at Tyndale Seminary in Toronto, Canada. What else does he enjoy? Coffee, running, snowboarding and all things geography.

Theme by Anders Noren — Up ↑